It’s late December which means it’s that time of year again.  No, I'm not talking about our lists for Santa, but “best of the year” lists.  Best films, best books, best anything really, but especially music (be it the top or most-played songs, albums, streams, etc.).

Perhaps you have your own personal list, but you don’t need to be Rob in High Fidelity (who makes many “top 5” lists), because there’s so many to choose from.  Albumoftheyear.org, alone, offers a round of up over 50 links to the top music of 2014.  Spotify has their review of 2014 based on the listening habits of 50 million users, and also gives users the option of checking out their personal listening stats.

If contests are more your thing, try Billboard’sbracket-style tournament of songs or take part by voting in Triple J’s Hottest 100.  There are so many possibilities to check out!

All of these different lists, regardless of the format, are playlists.  And playlists are a popular listening tool.  Research concerning how people used digital musiclibraries indicated more than 50% of listeners used playlists.

There’s an aspect of art to their creation.  Playlists are created based on some sort of criteria.  Commonly, playlists are built around a mood, activity, or genre. But end of year playlists specifically represent time—a year in the life of music, however defined (by genre, artist, country, user, etc.).

Research also indicates that people who make playlists are more likely to be opinion leaders.  Opinion leaders are trusted people who share information about things with others (in this case, they are the friends who you trust to give you advice new music technology).  So it makes sense that these people might be making playlists.  This is how we share and recommend music these days.

Which brings me to two questions to ponder: whether the accessibility of music in 2014 makes these "end of year" lists more useful and/or makes music journalists more accountable for their taste making?

First, making lists of and arguing/ defending our favourite things is not new, but social media and countless Internet media and streaming sites do make these lists easily accessible to many listeners.  There is more music available and accessible than ever before, and that is fantastic for us as listeners.  However, it also means that the wealth of choice and possibility can sometimes be overwhelming.

But this is how “end of year” compilations benefit you as a listener: you get handpicked lists of music ready to consume.  Depending on site, service, or app, all you may not need to even go off to locate the tune, you may simply only have to hit play!

Someone has taken that first step by compiling the playlist using (at least) two criteria in this case: (1) the songs were released/discovered by the playlist creator in 2014 and (2) the songs have met some sort of established measure of quality/ popularity (whatever that may be).  As a result, you, the listener, are likely to discover, or re-discover, some good tunes.  These lists are useful because they can navigate you to new music within today’s sea of overwhelming choice.

Of course, you may not agree with or love all of the choices, but that’s a different matter entirely, but it does hit on the second question: are people more responsible for their recommendations?

Well, they are certainly more visible and perhaps more permanent when posted online compared to a simple recommendation passed along at this year’s holiday party.  They’re opening themselves up to the criticism of the comment section.

But remember, people make their own choices using their personal criteria to decide what makes the cut.  And we, as listeners, get to decide who to take recommendations from—we decide who our opinion leaders are.  Whether it’s your trusted person “IRL” or a DJ or magazine writer online.

There will never be a single, definitive top 2014 playlist.  Nor should there be—that’s the beauty of music preference and music listening.  We all like what we like and want to share what we think is good with others.  One of the main reasons people usemusic apps on social media is to communicate with others.

So bring on the end of year music recaps.  Sample a few 2014 lists and see what people are sharing on social media.  Maybe even challenge yourself to making your own.  Happy listening. 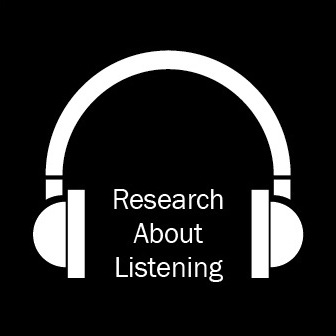